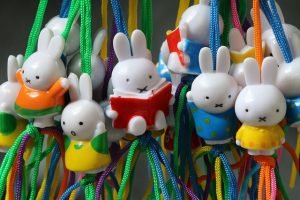 Nijntje (English: Miffy) is a small female rabbit in a series of picture books drawn and written by Dutch artist Dick Bruna. The original Dutch name, Nijntje, is a shortening of the diminutive konijntje, “little rabbit”.

The first Miffy book was produced in 1955, and almost 30 others have followed. In total they have sold over 85 million copies and have been translated into more than 50 different languages. Miffy led to two separate television series and items such as clothes and toys, featuring the character, can be bought in the shops. A feature-length film, Miffy the Movie, was released in 2012.

There have been plenty of discussions why those minimalist style figures are so popular with children. It is said that the simplicity of the drawings has a lot to do with it. Because of the limited lines and the bright colours, the drawing is easy for the eye but still complete. Another aspect is that Miffy and her friends always, except when they are lying on their backs, look straight into the eyes of the reader, even if she is on a bike or trying to catch a ball. 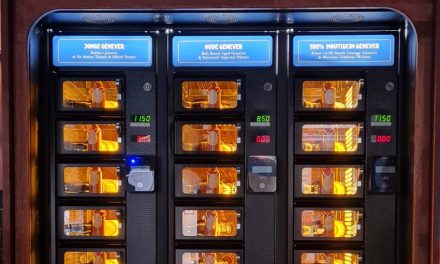